2 to 6 players can play in one game. The aim of the game is for the players to increase their wealth. The initial money received from the bank, can be invested in stock or one of the 4 companies, with the aim of turning a profit. The winner is the player that had the highest profit throughout.

The players may decide how many rounds a game will last. A 10 rounds game with 4 players lasts about 80 minutes.

Every player receives 15,000 dollars from the bank.

There are three types of stock in which the players can invest. The three types can be differentiated through the level of Risk/Reward.

There are 4 companies which can be bought by the players. The owners of the companies will earn income from the other players or the bank.

The game is played with two dice. The result of every throw determines the wins and losses. The gains and losses are decided by the value of the dice and the P&L board.

A Profit/Loss Calculator is available here.

If your dice score is 6,7 or 8, beside the gains or losses on the shares you own you also receive from the bank 2500 dollars for each company you own and must invest in a High Risk Deal anything between 2000 dollars and your total worth.

After deciding the amount to be invested in the risky deal you will roll again the dice and If your score is 7 or higher you win twice the amount invested. If the score is lower than 7 you lose half of the invested money.

Risky Deals are very important  in the game as it often change the leaders and set the game winners. A player that goes ALL IN  in a Risky Deal can triple his or her worth, while only risking to lose half of it.

Players roll dice in turns. The game is played in a clockwise direction. The game ends after 10 turns or as many as the players decide at the beginning.

For making easier playing the Bank Manager role, a web-based app will be soon available on this website.

How to play the game (Video)

Profit Calculator was developed to help Risky Deals Bank Managers calculate faster and easier player’s  Profit/Loss after each dice roll and the Player’s Total Worth at the end of the game or before any ALL-IN bet.

4 reviews for Risky Deals Board Game – The Stock Market Game 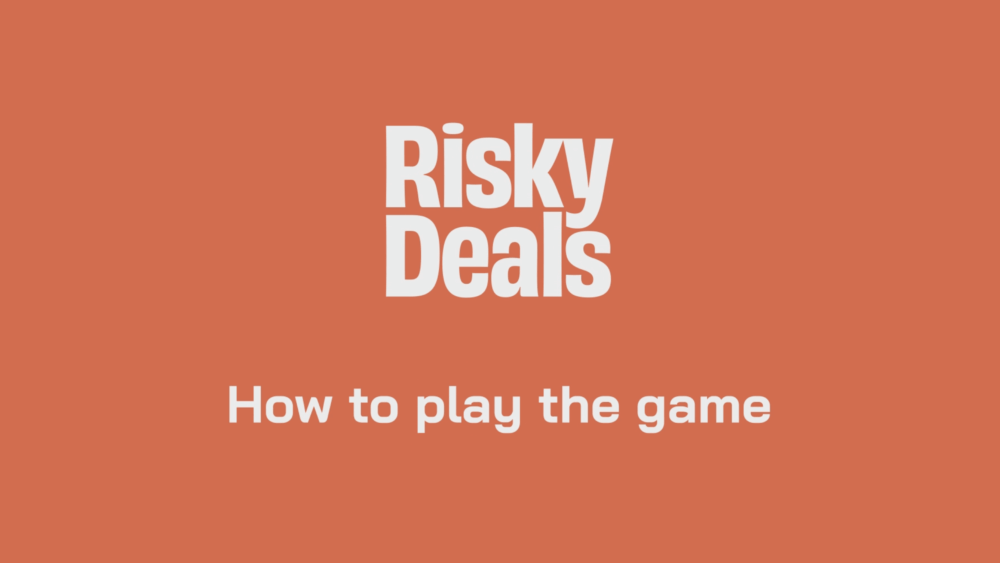 This calculator helps Risky Deals Bank Managers calculate faster and easier player’s  Profit/Loss after each dice roll and the Player’s Total Worth at the end of the game or before any ALL-IN bet.